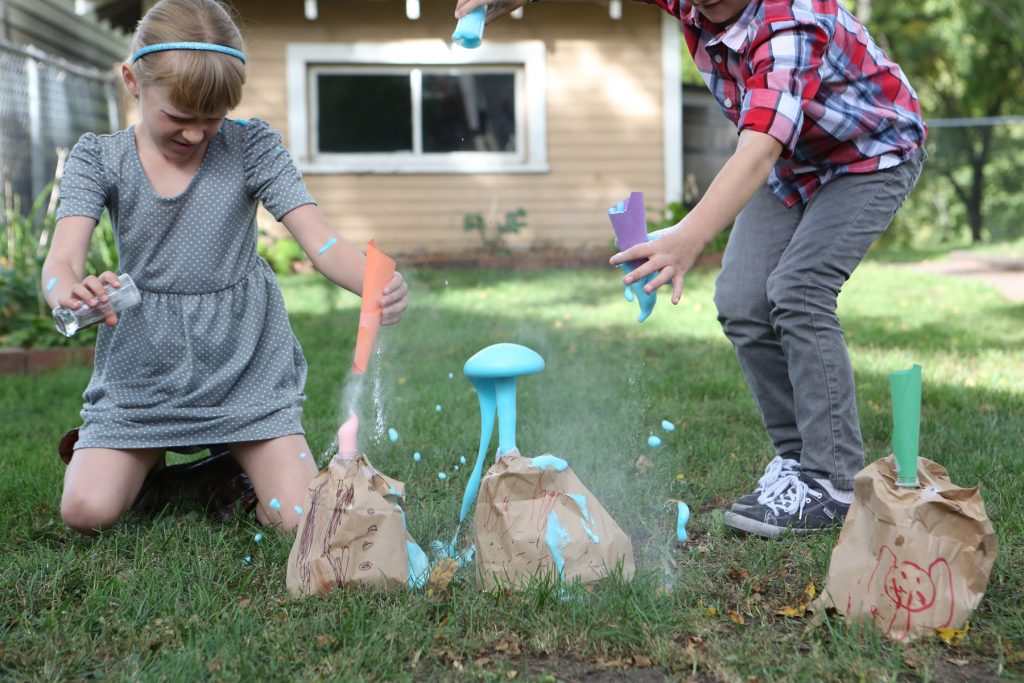 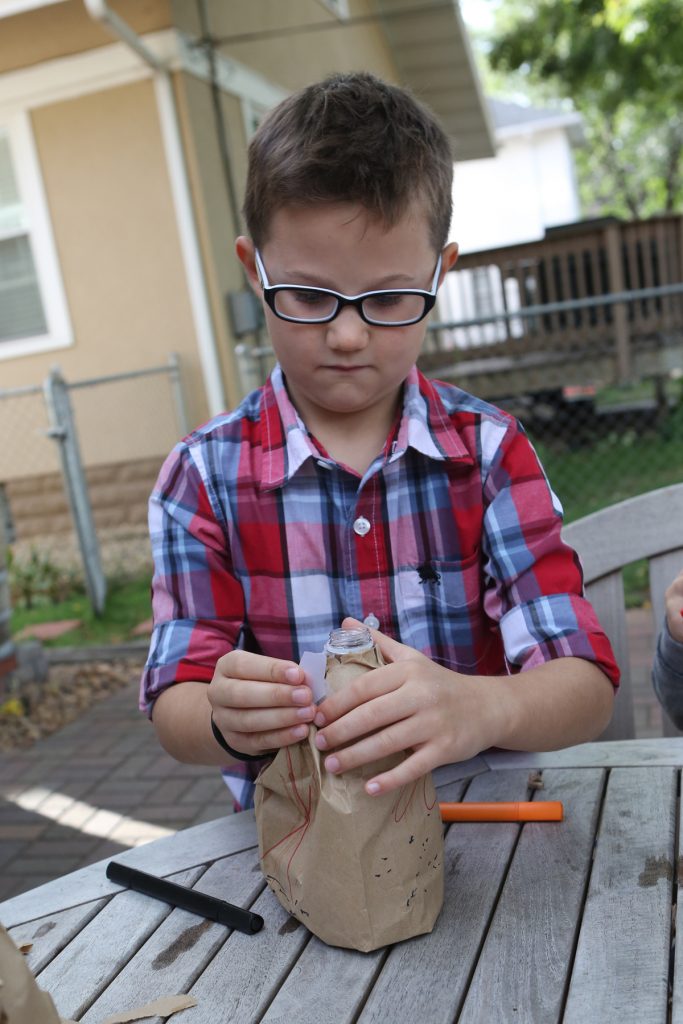 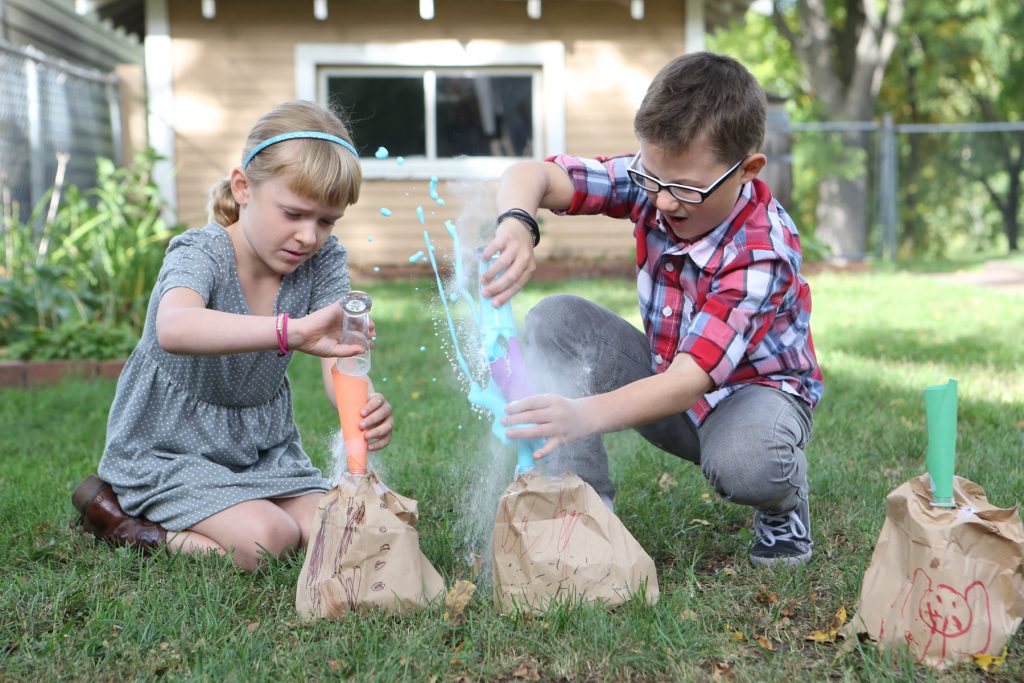 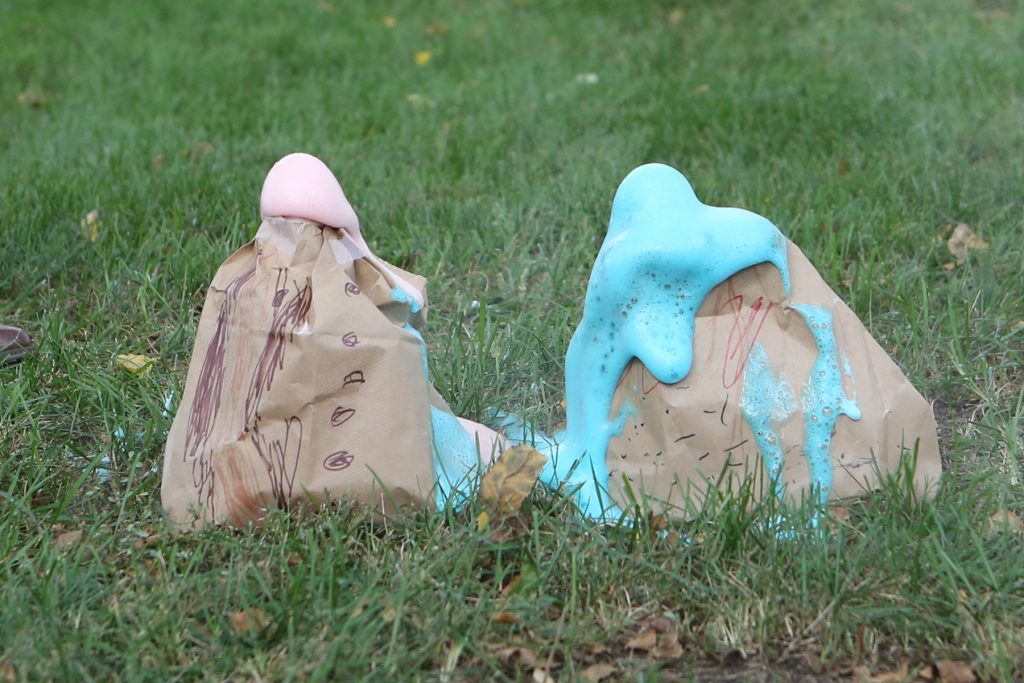 The kids and I got carried away and added a little too much baking soda and vinegar to our Fizzy Balloon experiment yesterday. Here’s what happened. 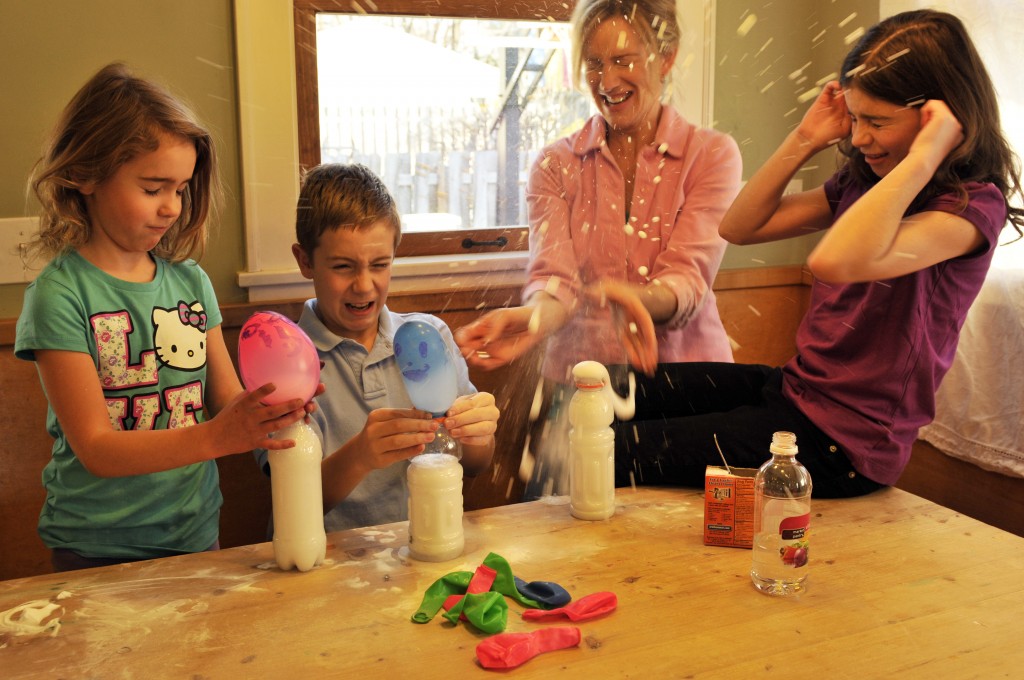 Pamela Diedrich of PD Photography was taking some pictures and captured the blast on film! Maybe next time we’ll measure a little more carefully.

I was never an enthusiastic chemistry student.  That being said, I have to admit that chemical reactions can be lots of fun to watch as things turn colors, make bubbles, or smell different.  They can change from liquids to solids and they can even explode. 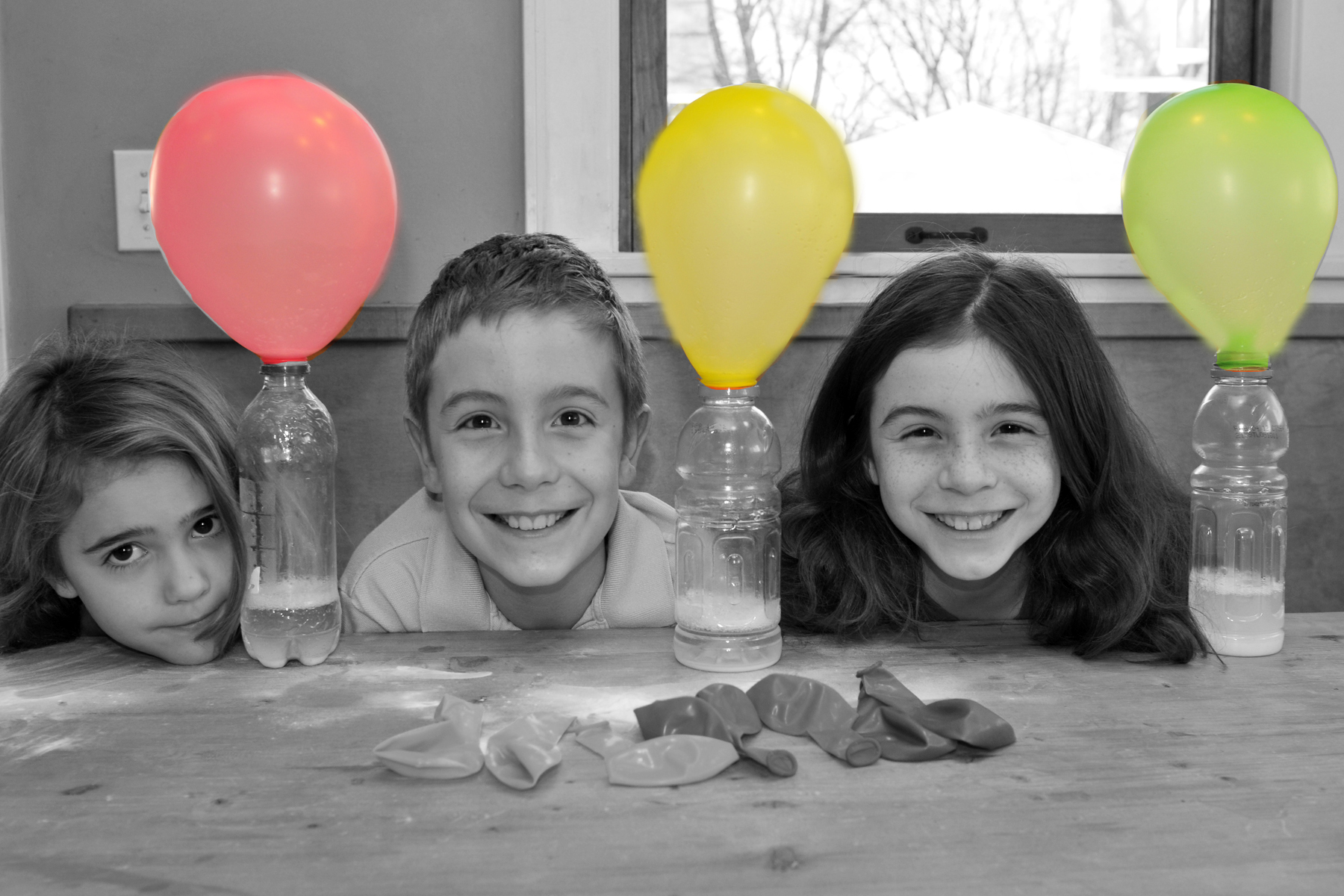 There are many fun, safe chemical reactions you can perform with your kids.  I’d recommend having them put on safety goggles or sunglasses, if you have them, for most experiments where you mix things together.  As you can see, my children aren’t wearing any eye protection for this project, but I did have them stand back to make sure the balloon wouldn’t explode the first time we did it.  Just use common sense.

Stand back and watch what happens!

If the seal is tight, which it should be, the reaction between the soda and the vinegar will form a gas that inflates the balloon.  Our balloon was big enough that it didn’t explode, but if your balloon is over-inflating, simply take it off of the bottle.  Just pay attention and you’ll be fine.

Baking soda is a chemical called sodium bicarbonate. Vinegar is called acetic acid. These two chemicals react to form some different chemicals.  One of these is carbon dioxide gas.  This is called a chemical reaction.  The gas is what inflates the balloon.  We know a reaction is happening because we can see bubbles forming.

What else do your kids notice about the reaction?  Have them record (or help them to record) what they see in their science notebooks.  Older kids can draw what they see and then try to describe it.  My kids loved it when I wrote down their descriptions for them before they could write. Have them touch the bottle.  Does it feel warmer or cooler than room temperature?  A temperature change is also a clue that a chemical reaction is occurring!  They could even time how long it takes for the balloon to inflate.

My kids did this experiment three times and would have kept doing it all day.  They thought it was pretty great.  Give it a try!  Put those budding brains to work!