Sometimes experiments work and sometimes they don’t.  The kids have been begging me to do the “Soda Geyser” experiment with Menthos for as long as I can remember, so we finally tried it on day 5 of Science Camp. 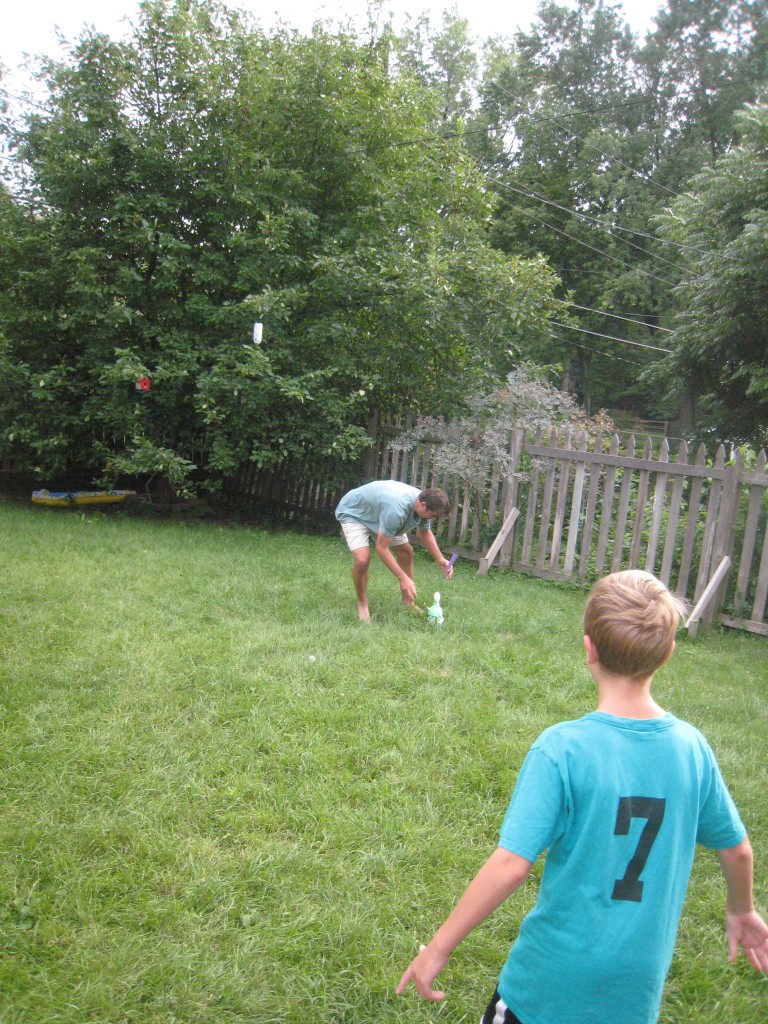 It was a flop.

We did everything right, as far as I could tell, but we used 7-UP instead of Diet Coke, since that’s what I had on hand.  Some scientists think the artificial sweetener in Diet Coke helps create a more violent reaction.  I’m not sure, but all we got when we dumped the Menthos into the soda was a very small geyser.  Let’s just say I felt really silly for yelling at the kids to stand back. 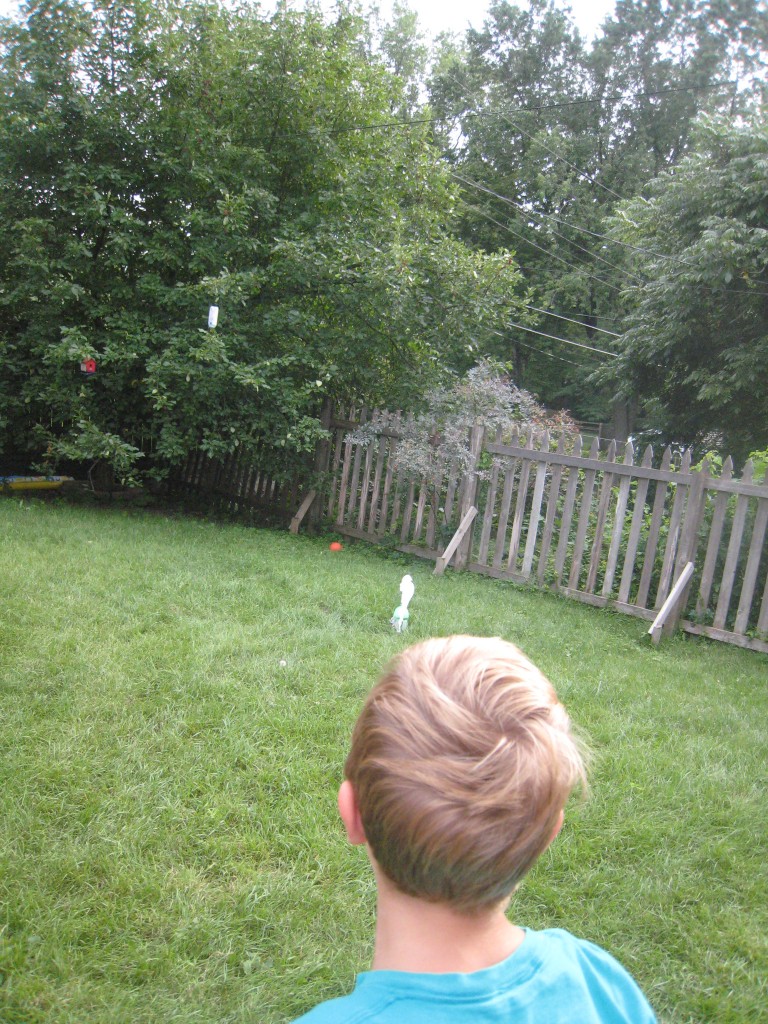 If you want to try this experiment, you’ll need a two liter bottle of Diet Coke, a roll of Menthos mints and a piece of paper. 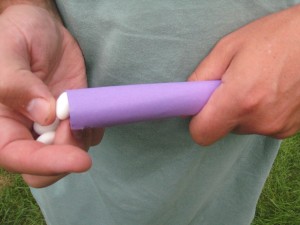 Scientists aren’t sure exactly why the Menthos cause such an explosive reaction, but they think it has to do with chemicals in the Menthos breaking the surface tension at the same time that carbon dioxide (CO2) bubbles form on the surface of the mints, causing a huge, very fast release of carbon dioxide bubbles.

Try it and let me know how it works!

Day 3 of Science camp was ninety-five degrees and humid, so we spent most of the afternoon studying the cooling effect of water at the city pool.

When we got home, we did an easy experiment using water, fruit juice and baking soda and found that by adding baking soda to different juices, you can see which juices contain citric acid.  You can even taste the results! Baking soda is a base, and many fruit juices contain citric acid.  When the two are combined, carbon dioxide gas is formed as bubbles in the liquid, carbonating it. My kids loved this experiment! 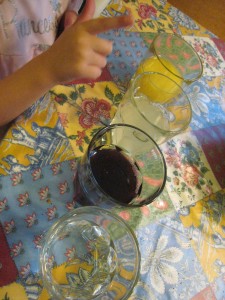 Just pour about a cup of lemonade, orange juice, grape juice, or any other juice into separate glasses.  Pour a glass of water as a control. Water doesn’t contain citric acid, so won’t produce bubbles.  Then, add about half a teaspoon of baking soda to each glass and taste the results. 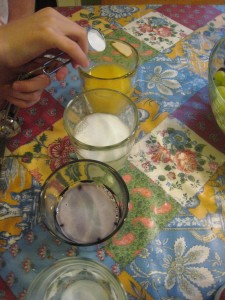 We were surprised to find that our grape juice produced bubbles, but discovered that it contained added citric acid when we read the label!  A side effect of this experiment is kids asking to add baking soda to their juice at breakfast so that they can have “pop”.