This morning my 9 YO came down the stairs and told me she does the soap science experiment every time she washes her hands. 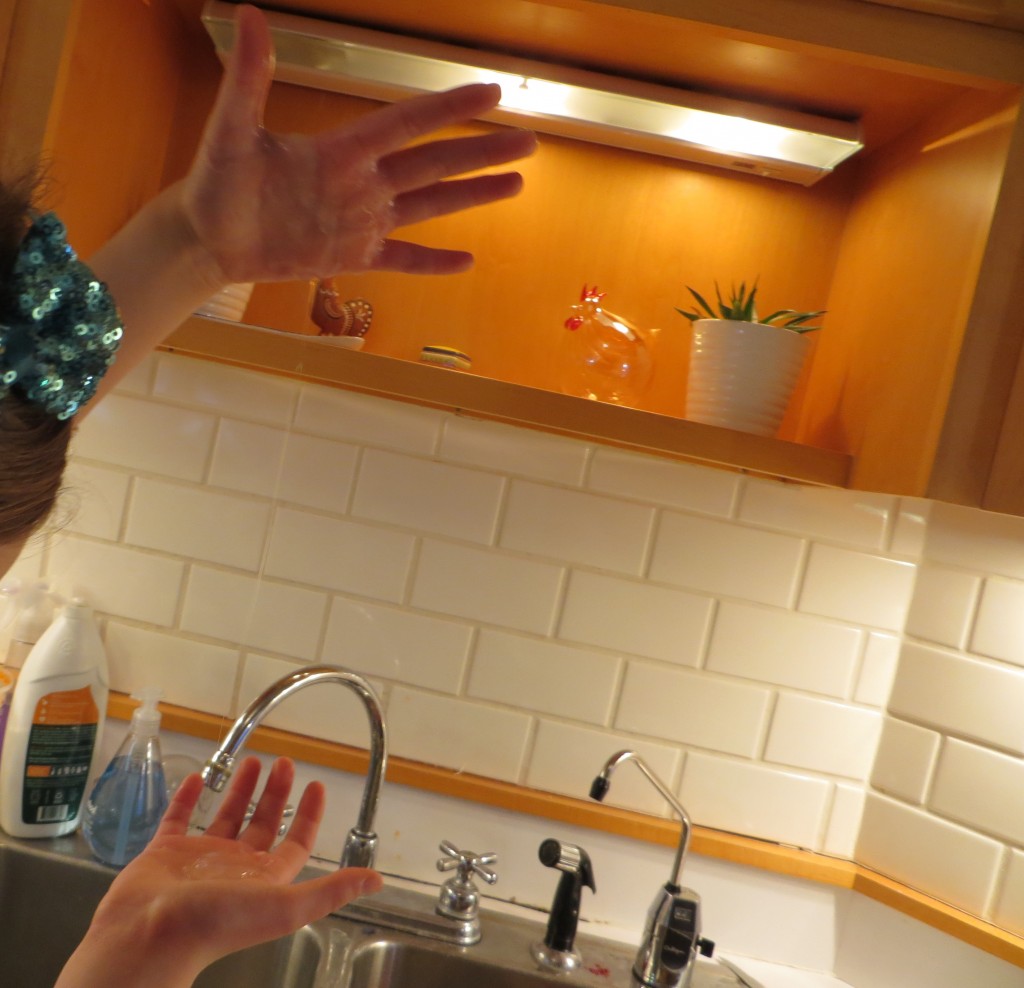 “The one where the soap jumps!” she said, demonstrating for me by pouring a thin stream of liquid hand soap from one palm to the the other. “Sometimes it jumps clear out of the sink!”

Over a year ago, my daughter and some of her friends helped me do this “Kaye Effect” experiment  (shared with me by  Dr. Greg Gbur) for my book “Kitchen Science Lab for Kids,” but I had no idea that it stuck in her mind, or that she’d figure out a new way to do the experiment. 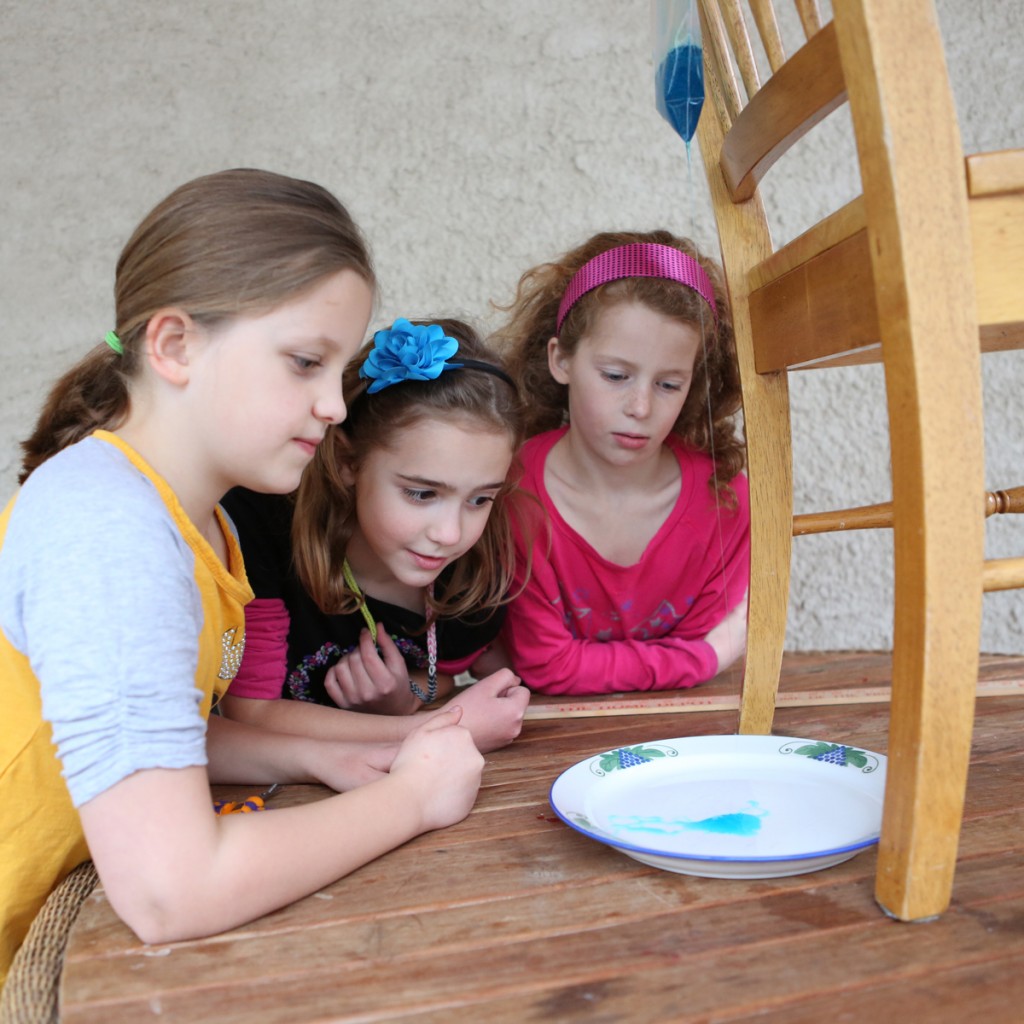 Maybe some day in the future, she’ll remember that shear-thinning fluids like soap can “jump” and it will help her solve a problem, or even create something new!

Have you ever wondered why it’s so hard to get ketchup flowing out of a bottle, or why no-drip paint doesn’t drip? 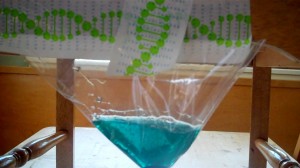 Ketchup, no drip paint, liquid soaps and shampoos are all part of a really amazing category of fluids known as “shearing liquids.” These fluids are pretty thick when they’re sitting still, but they get thinner or more “liquidy” as they flow, because movement decreases their viscosity, or thickness, making them more slippery.

Back in 1963, an engineer named Arthur Kaye noticed streams of liquid shooting from the surface below a stream of shearing liquid he was working with. This strange, short-lived phenomena became known as the Kaye effect.

With a chair, tape, some dish soap and a plastic ziplock bag, you can do your own Kaye effect experiment at home and watch soap jets shoot like ski jumpers from the very slippery shearing liquid soap pile below

-Tape a plastic ziplock bag to a chair with one corner or the bag pointed toward a plate underneath. The bag corner nearest the floor should be around 20 cm (about a foot) from the floor.
-Fill the bag with liquid soap or dish detergent. We added a few drops of food coloring to ours.
-Cut off the corner of the bag closest to the floor with scissors to make a tiny hole for the soap to flow through (1mm.) You may have to make it a little bigger, but you want a very thin, steady stream of soap flowing to the plate.
-Watch for jumping streams of soap. If it’s not working, try changing soap and adjusting bag hole size and bag height! What happens if you put the plate below at an angle?

To learn more about the Kaye effect and other cool physics stuff, visit Dr. Skyskulls’ website. He’s the physicist who told me about this experiment and helped me work out the protocol.