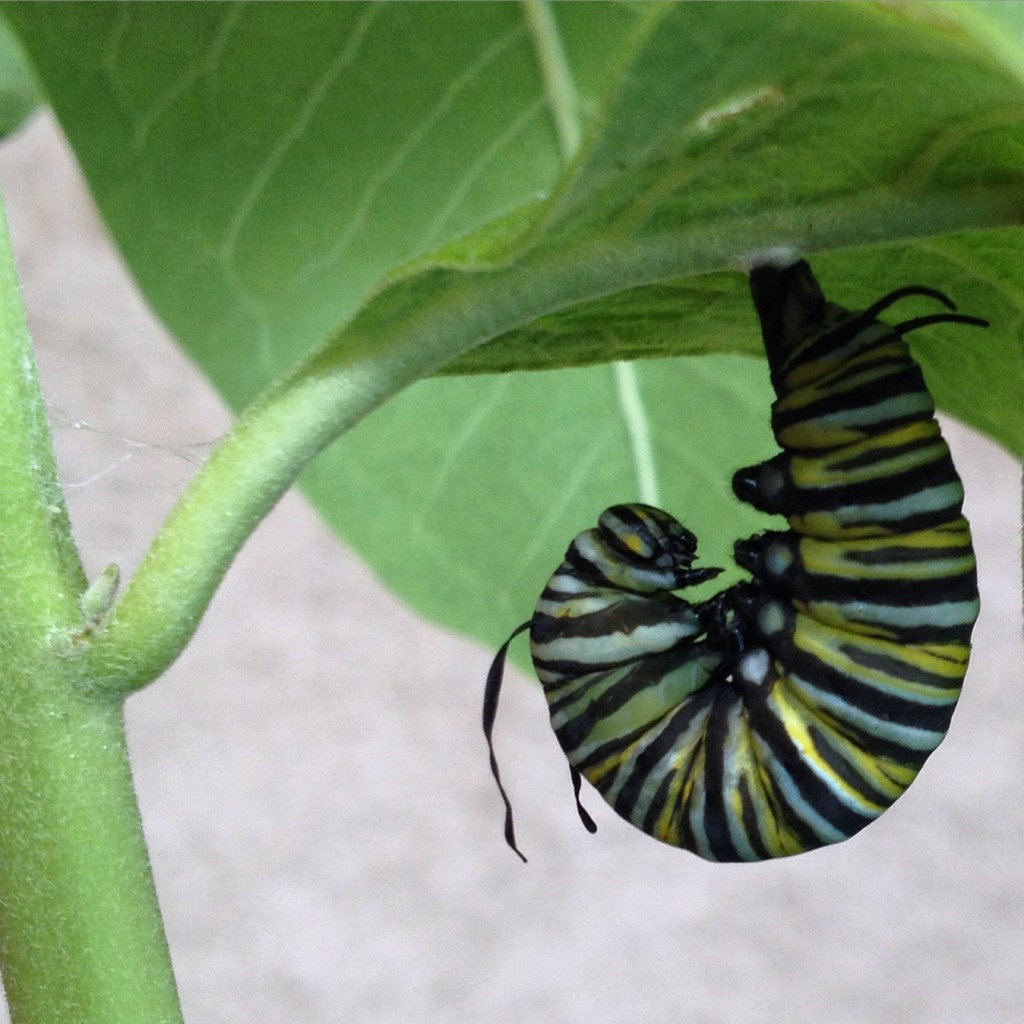 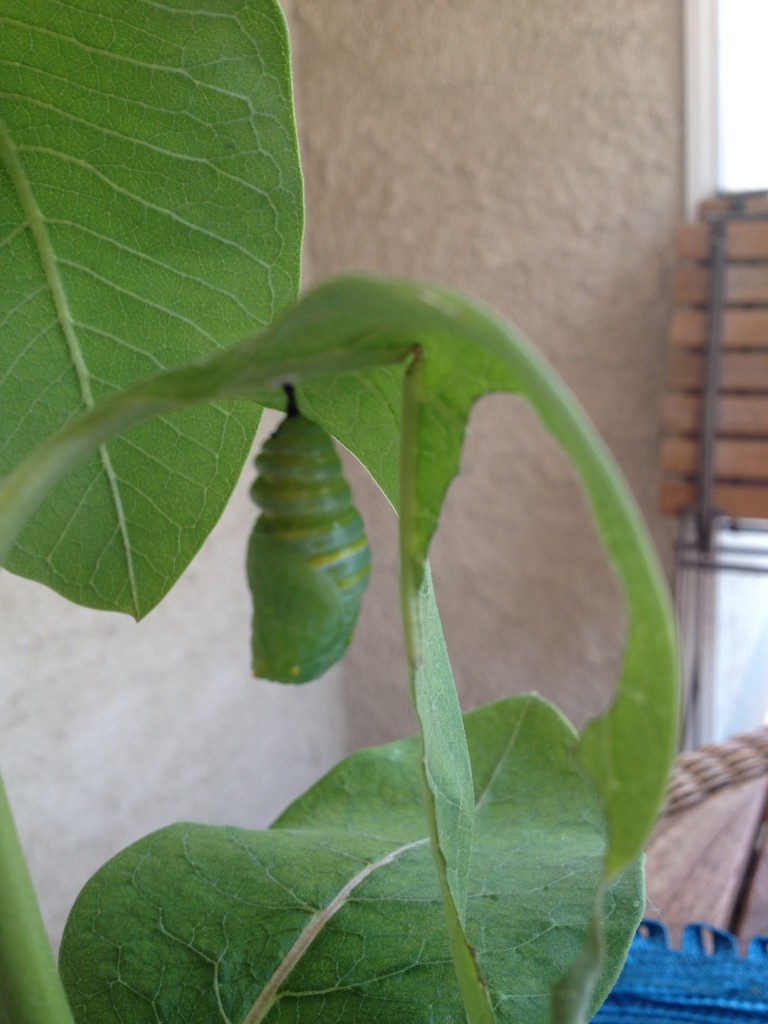 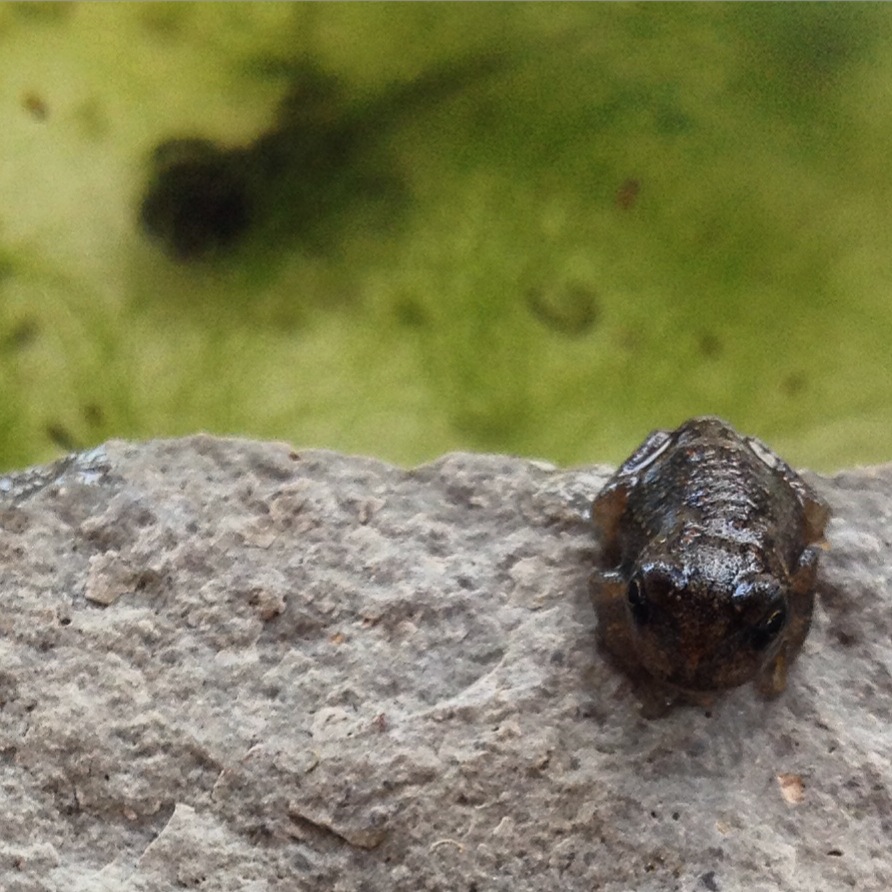 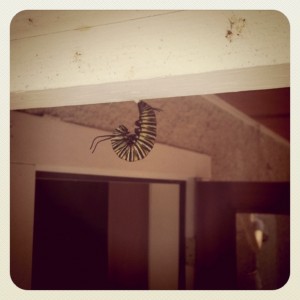 We’ve enjoyed watching the Monarch caterpillar we found a few weeks ago transform from ravenous larva to jewel-like chrysalis.  Soon, a beautiful butterfly will emerge and my kids and I will cheer as it soars to the treetops. 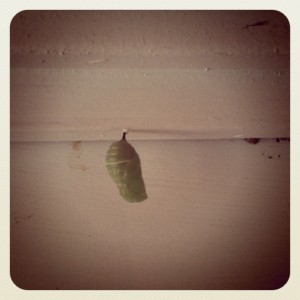 It’s a great time of year to find Monarch caterpillars!  Look for some milkweed that’s been chewed up and you may find a caterpillar of your own to observe! Be sure to take some milkweed with you and keep it fresh so your caterpillar has plenty of food.  The last bunch of caterpillars that hatch out each summer are the ones that make the long trip to Mexico, where they’ll spend the winter before returning to your backyard.

There was a really neat article about Monarchs in the New York Times recently! Click here to read it.