Have you ever gotten a shock from a doorknob after shuffling across a carpet? The term “static electricity” refers to the build-up of a positive or negative electrical charge on the surface of an object.  In this case, the charged object is your body.  You feel an electric shock as the charge you’ve collected from the carpet jumps from your hand to the metal doorknob. 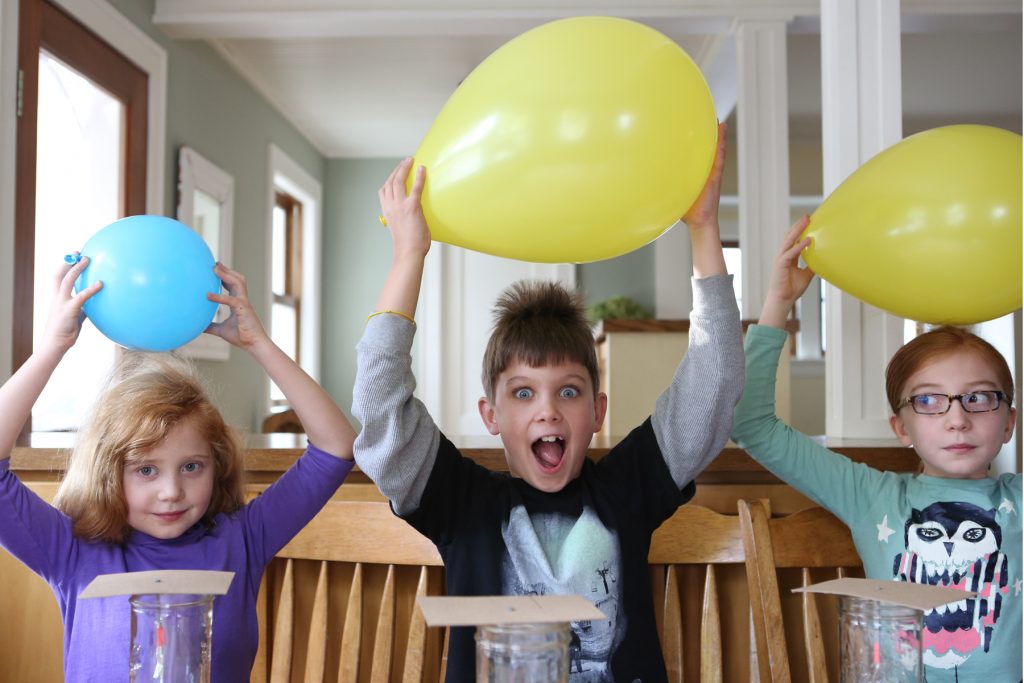 Tiny particles called electrons have negative charges and can jump from object to object. When you rub a balloon on your hair, or a comb through it, many of these electrons are stripped from your hair and move to the balloon or comb giving it a negative charge (and often leaving your hair all positively charged and standing up as the strands try to avoid each other.)

The negatively charged balloon or comb then makes a great tool for making electrons jump around!

You can easily make a contraption called an electroscope using:

-a balloon or comb. 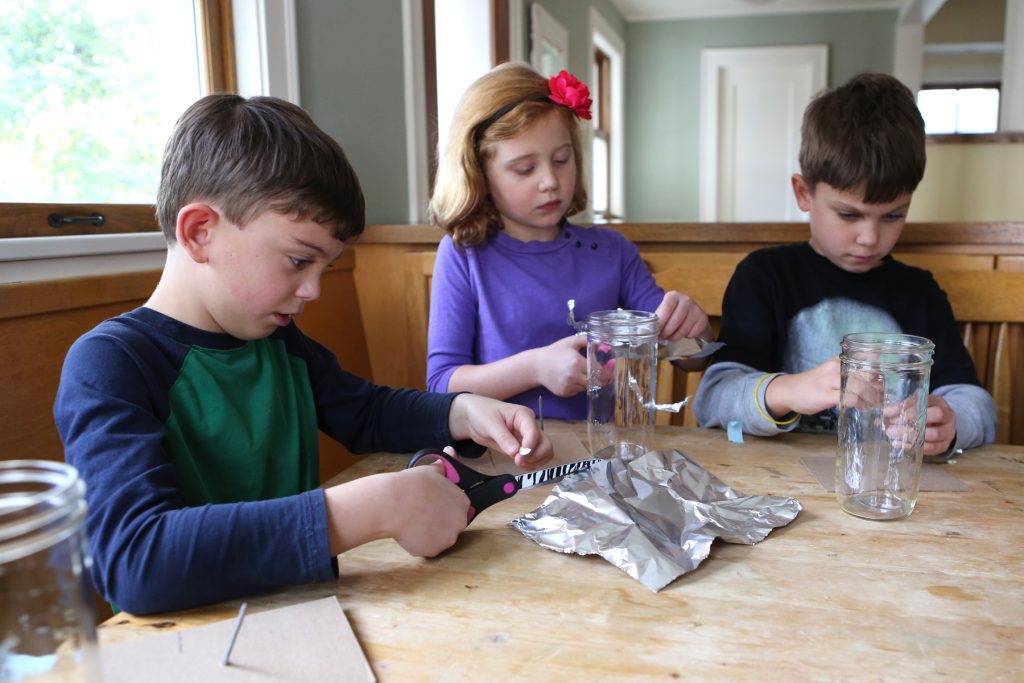 2. Charge your balloon or comb by rubbing it on your hair or clothing to give it a negative charge.  Bring the charged object close to the nail head.  You don’t      even have to touch it!

What happened? Some negatively-charged electrons jump from the comb to the nail and into the strips of foil.  The negative charge on the comb will push electrons (which are also negatively charged) down to the foil/mylar and give both strips a negative charge. The two strips try to move away from one another as the like charges repelled each other.

What happens when you make the strips out of different materials like paper?  Are there other charged objects you can use to make your foil strips “dance”?

You can also bend a thin stream of water from the faucet by holding your charged comb next to it.  The water is uncharged and is pulled toward the negative charge of the comb. 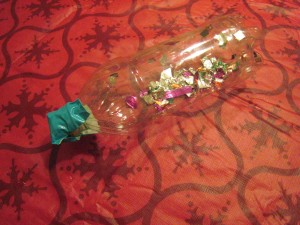 Try making small pieces of tissue paper float or dance by holding a charged comb or balloon next to them!  We filled an empty soda bottle with tiny pieces of foil and made them jump around with a charged comb held close to the bottle.