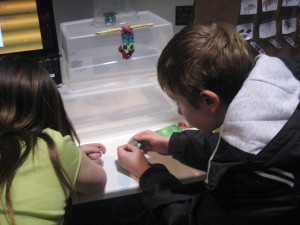 I love the fearlessness of children’s imaginations.  Kids aren’t burdened with the boundaries of reality, logic, and self consciousness that hinder our adult minds. 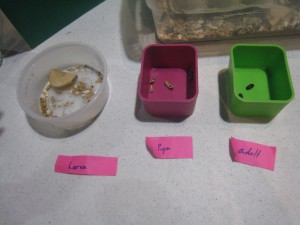 Mealworms at the Imagination Fair

When I helped judge the Twin Cities Regional Science Fair and attended my own kids’ Imagination Fair (a creativity fair with no rules) at school, a few things jumped out at me.

First of all, many of the most interesting projects I saw were the ones created with the least use of expensive resources and components.  It made me wonder whether technology can actually hinder creativity. 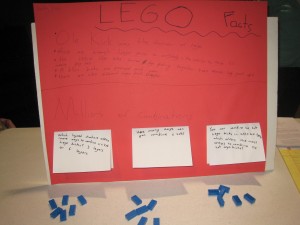 I did have to suppress a smile when a male judge commented to me that there seemed to be “mostly girls” at the science fair.  I’m not sure that was true, but I look forward to the day when the science fair is an even mix of boys, girls, and kids with skin of all colors from all economic backgrounds.

Tags: diversity, science fair
In: The World Around Us | 3 comments »