Graphite, used to make pencil lead, among other things, is a conductor and can be used to make a simple circuit on paper. A circuit is just a path for electrical current.

You have to do this experiment with a graphite pencil, rather than the kind you use at school, but you can pick them up at most art supply stores. You’ll also need a few small LED bulbs, 2 wires with alligator clips on either end, and a 9 volt battery. 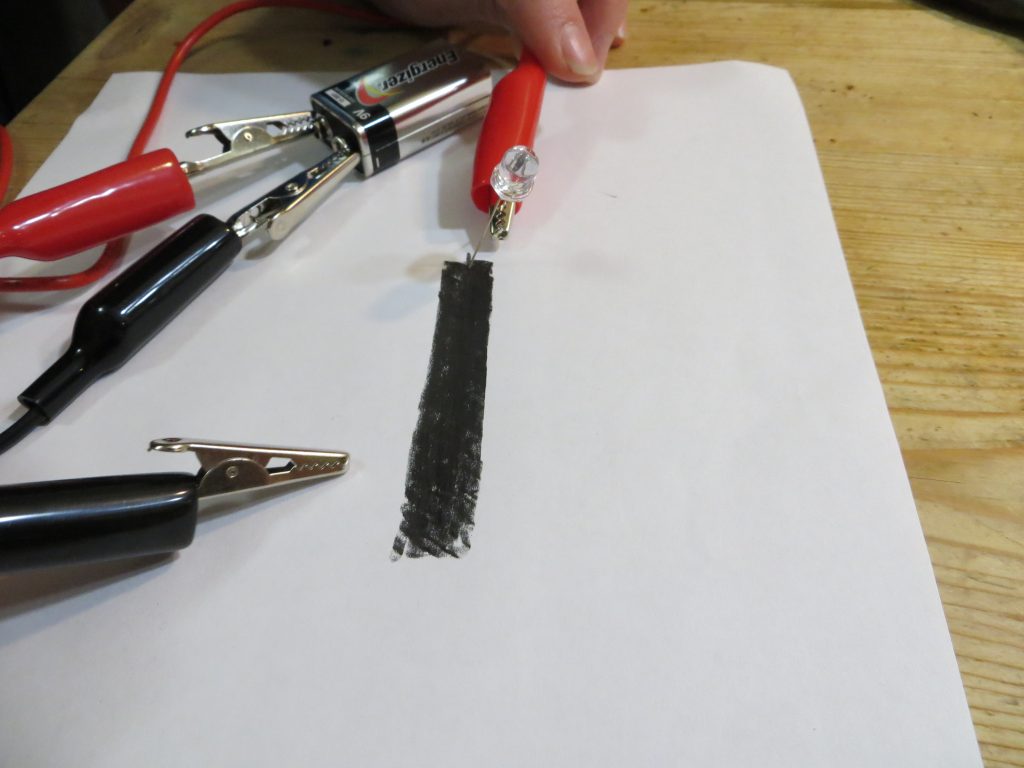 4. Touch the un-attached LED wire to the other (left) side of the graphite bar.

5.Touch the alligator clip attached to the negative battery terminal to the right side of the graphite bar you drew.

6.If it doesn’t light, switch the positive alligator clip to the other wire of the LED bulb and try it again.

7. Move negative clip closer to the bulb. It should get brighter as you decrease the distance.