A ten-hour drive to the Black Hill went by fairly quickly with a requisite break at the Corn Palace, followed by a few highway rest stops featuring “Beware of Snakes” signs. We listened to Johnny Cash as flat corn fields made way for streaks of gray in grassy hills, sawtooth badlands in the distance and eventually misty mountains, black with pines. Wild turkeys and deer greeted us on the outskirts of the Custer State Park as we made our way into the foothills. 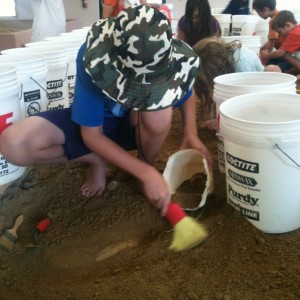 At the Mammoth site in Hot Springs, a guide taught us about spearfish shale, sinkholes and erosion while we stared into red and yellow rock littered with the bones of mammoths, ancient camels and a rare short faced bear. It seems that the majority of the victims of the ancient sinkhole were teenage males mammoths. After the tour, the kids dug in a grid for replicas of bones, experiencing first hand how paleontologists extract ancient bones. 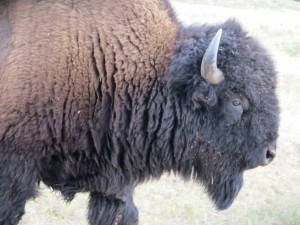 On a Buffalo Safari in Custer State Park, we got up close and personal (in the safety of a park jeep) with bison, pronghorn antelope, and prairie dogs. Our driver captivated us with stories of buffalo charges and we learned that researchers recently discovered that the dramatic drop in the park’s elk population is the result of the increased mountain lion (cougar) population and their taste for baby elk. I couldn’t resist asking about bubonic plague (carried by fleas and sometimes found in prairie dog colonies) and chronic wasting disease (prion disease) in the elk. Luckily, neither are a problem. The kids asked question after question about the animals in the park. 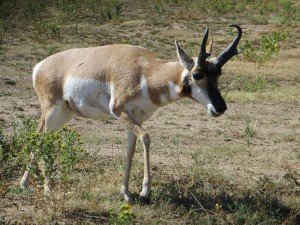 Quartz, granite and mica sparkled along the sides of the trails as we climbed over boulders and hiked around lakes. 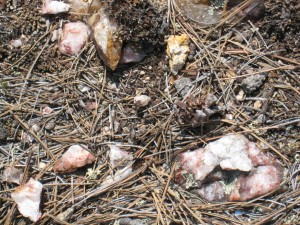 We followed the gorgeous Needles Highway to the monumental faces of Mount Rushmore on a gusty, hazy day. The wind brought traces of smoke from a distant fire -and the science of combining winding roads with sensitive inner ears brought on a bout of motion sickness in the back seat. 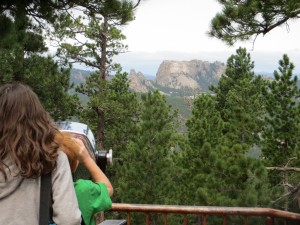 On a horseback ride in Custer State Park, the beautiful scenery was marred only by dust kicked up from this summer’s drought and the occasional rusty corpses of trees killed by pine beetles. Heading home, we took a detour into the Badlands National Park and stood in front of a carved landscape standing testament to the power of water, wind and time. 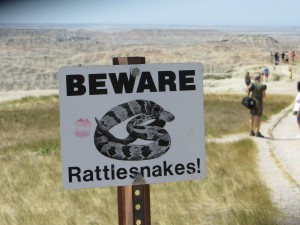 What science did you find on your vacation?

Tags: science, south dakota, vacation
In: The World Around Us | 1 comment »