« Rainy Day Science for Kids
Moss under a Microscope » 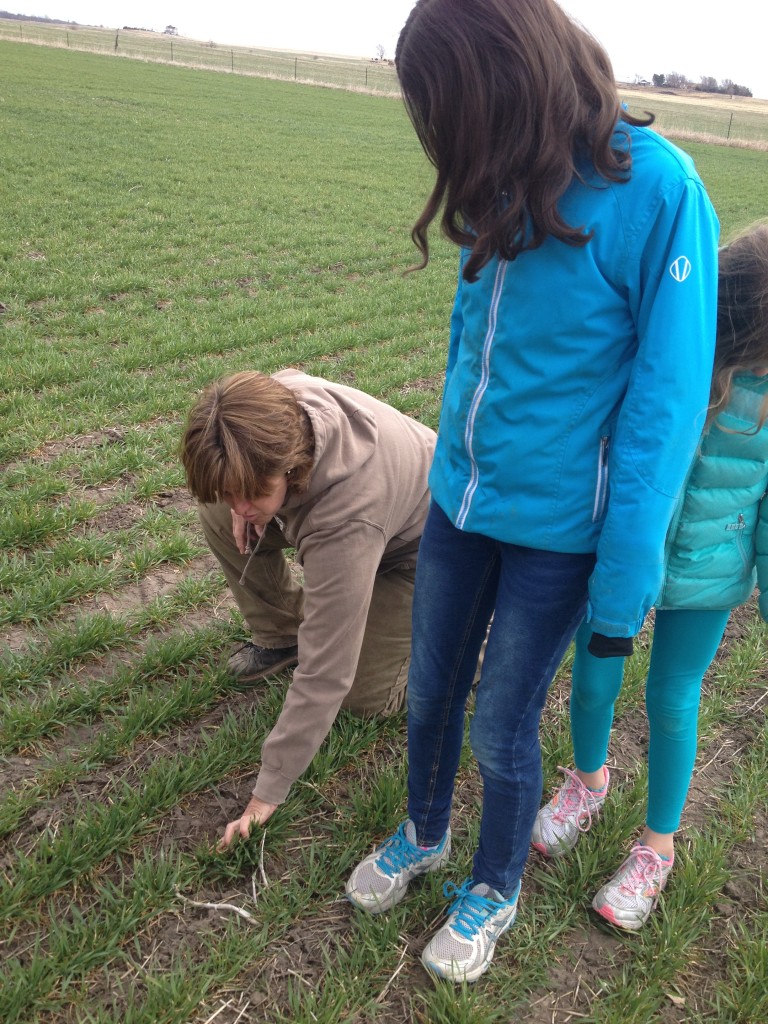 We learned about some of the crops grown in Kansas. This is winter wheat.

Farmers have always depended on science and technology to raise food and animals, and on a recent visit to my friend’s farm, we learned about how farmers use this knowledge every day.

Debbie Lyons-Blythe and her family operate a farm near Manhattan, Kansas, in the midst of the beautiful Flint Hills, and she muses about ranching and life on her blog Life on a Kansas Cattle Ranch. 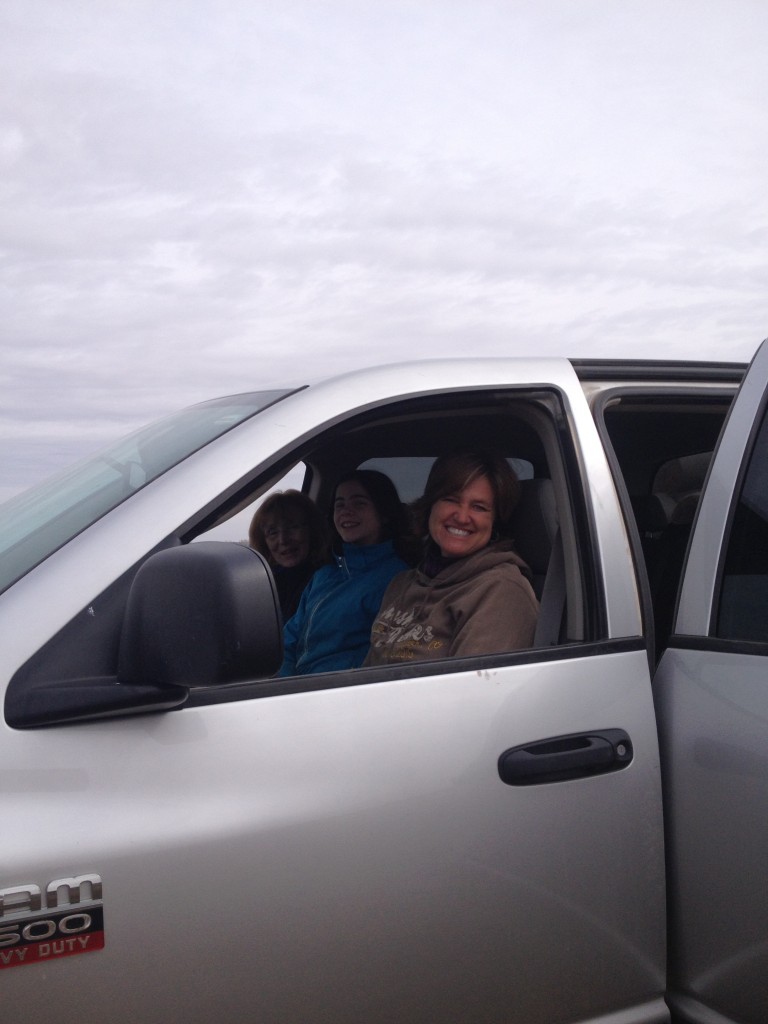 Debbie gave us an amazing tour!

Not long after piling into Debbie’s pickup truck with my three kids and mom, we were lucky enough to roll down our windows and witness the birth of a calf from about 5o meters away.

It was fascinating, and we learned about how a calf’s mother always eats the placenta, licks the calf thoroughly to warm it up, and tries to get it on its feet as soon as possible, in case predators are lurking nearby. My kid were simultaneously amazed and queasy.

We watched as another calf was weighed and tagged and then left to see the rest of the farm. By the time we returned, the calf was standing on wobbly legs next to it’s mom.

A large percentage of Debbie’s farm is pasture, where the cattle spend the majority of their time.  Like much of the country, Kansas was desperate for rain during our visit, and while driving around the farm, we saw an area that had accidentally caught fire earlier that week. 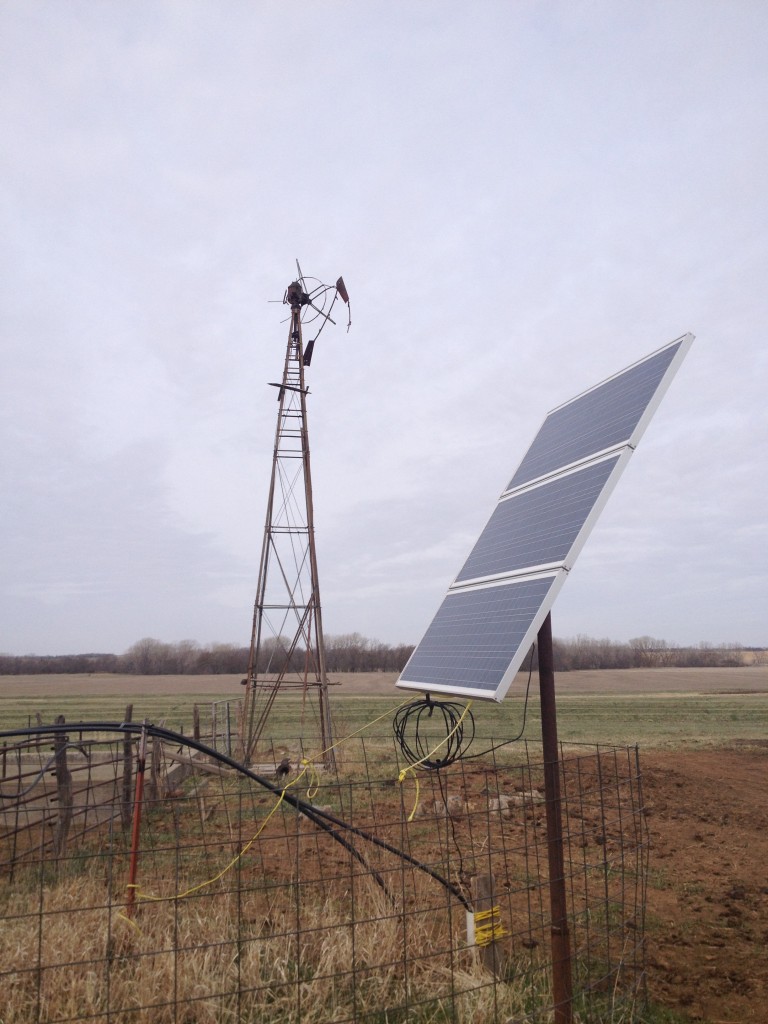 Here’s the solar panel, for the pump on a well. You can see the old windmill.

Luckily, there was a well nearby, powered by a solar pump, and they were able to control the blaze. Much of the prairie grassland is burned on purpose every year to prevent brush from growing up and allowing the growth of new prairie grasses. In fact, the great prairies of America’s Midwest wouldn’t exist if it weren’t for the burning that humans have instigated for centuries to keep grazing animals nearby! Here’s a nice article about it from NPR.

As we drove past several Angus bulls, Debbie told us that modern science, like DNA analysis of skin tags from hairs plucked from bulls, allows ranchers to learn a huge amount about the about the animals they are raising. They can even predict what kind of fats will marble the steaks harvested from the offspring of the cattle on their ranch.

We visited a nearby feedlot, where cattle are fattened on grain before they go to market as meat and learned that tiny wasps are often used to help control the flies that bother the cattle. Ranchers on horseback patrolled the lots, keeping an eye out for unwell animals. If a cow is sick, they remove it to a different pen, treat it, and give it a new ear tag if it’s been treated with antibiotics. This is how they keep track of animals for food labeling, which we had an interesting conversation about. 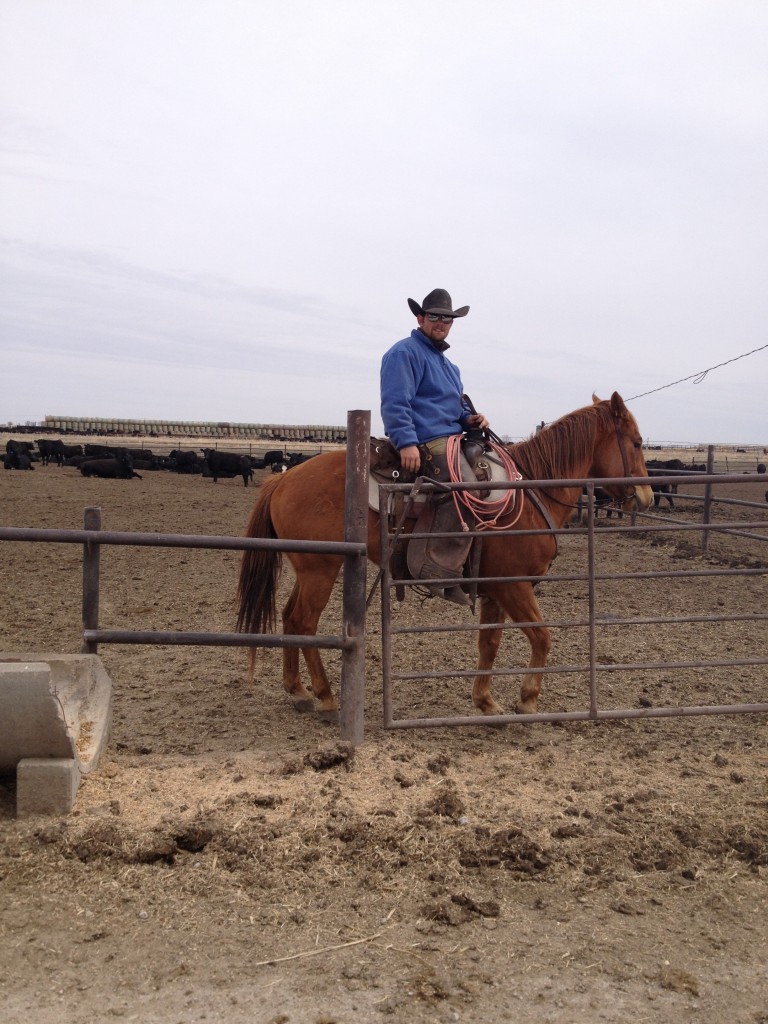 patrolling the feedlot to make sure the cattle are healthy

Personally, I like to know where the meat I buy comes from (called country of origin labeling), what the cattle have eaten and whether they’ve been fed antibiotics. However, Debbie told us that other countries have threatened to stop importing American beef if we label country of origin. She also suggested that many people don’t really care where their beef was raised, or can’t afford to buy antibiotic-free, local beef, which is absolutely true. We also learned that country of origin labeling comes from the ranchers’ pockets, so it’s an added expense for them. Clearly, it’s an important issue, that many people feel passionately about on both sides.

Although I’m opposed to feeding meat animals antibiotics to speed growth, measures must be taken to protect older cattle from anaplasmosis, a deadly tick-born disease endemic to parts of the Midwest. To keep “cattle that are breeding stock–they are older and are not to be consumed as beef,” safe, they are fed a very low level of antibiotics in their salt and mineral supplement throughout the summer during fly and tick season. The cattle are on pasture and eat the supplement by choice, according to Debbie.  Hopefully, a vaccine for anaplasmosis will be developed soon, and antibiotic treatment will no longer be necessary.

We really enjoyed our visit to Debbie’s ranch, and look forward to seeing how farming and science move into the future together to feed a growing population. For an interesting article on feeding the world, read this great National Geographic article, A Five Step Plan to Feed the World, by Jonathan Foley.

The new baby and her mama are right behind us!