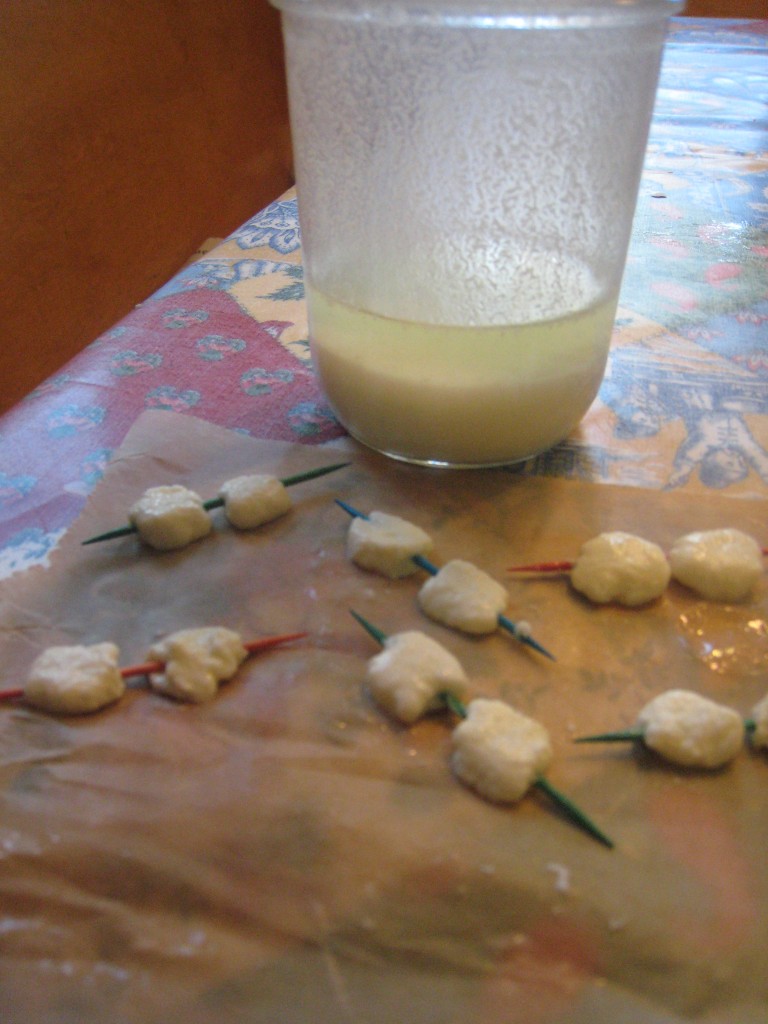 We discovered two easy experiments you can do with milk and vinegar.  One is hot, and requires adult supervision, and the other is done at room temperature.  Who knew you could make plastic and glue from milk?

The first experiment we tried was making “plastic” from milk curds.  Heat about a cup of milk in a pan until it gets a scum on top or gets lumpy. 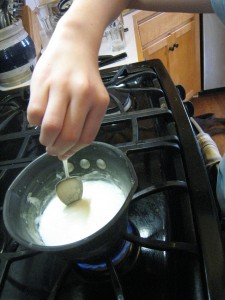 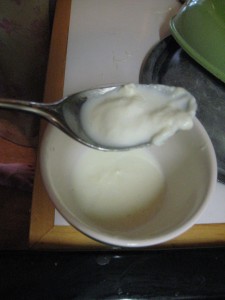 Our milk curds before adding the vinegar

Skim off the scum (curds) with a spoon and put them into a small bowl to cool. Eventually, we got tired of skimming and just let a thick layer form on top of the liquid.  Then, I poured the hot milk out of the pan and scraped out the curds with a spoon, adding them to the curds we’d already collected. Add a tsp. of vinegar and let the mixture cool for about an hour.  Then, slowly pour off the liquid (we blotted some off with a paper towel too) and knead the “plastic”.  You can shape your plastic into anything you want- beads, balls, animals and allow it to dry on a paper towel.  When it’s dry, you can even paint it!  Our plastic was very soft and gooey, so we rolled it into small balls on toothpicks to make beads.

Milk contains a protein called casein, which is a polymer, or a chain, or long molecules which can bend and move until the plastic hardens.

We also made glue using milk and vinegar.  Just add a cup of milk and 1/3 cup white vinegar to a clear jar or bowl.  Mix gently and allow the mixture to settle until you can see two layers.  The curds are the white layer on the bottom of the jar and the whey is the liquid on top.  Fish some of the curds out with a spoon or sieve, or just pour off the whey.  The curds can be used as glue.  We tried it and found that our homemade glue worked pretty well for gluing paper together! 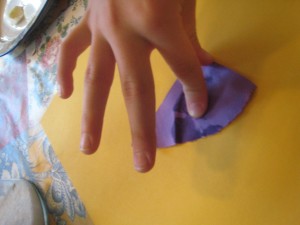 The vinegar separates the milk, allowing the fat, minerals and casein protein to form curds.   White glue is made from caseins of milk curds.  Cheeses, as you probably already know, are made from curds.

I wonder how hard it is to make homemade edible cheese curds.  Maybe that will be a project for another day.