I don’t typically write sponsored posts, but I love this contest so much that I’m more than happy to spread the word about it! Last year, I was lucky enough to hear the ten Young Scientist Challenge finalists present their innovations and was blown away by their creativity, their knowledge, and their passion for helping create a better world for everyone to live in. 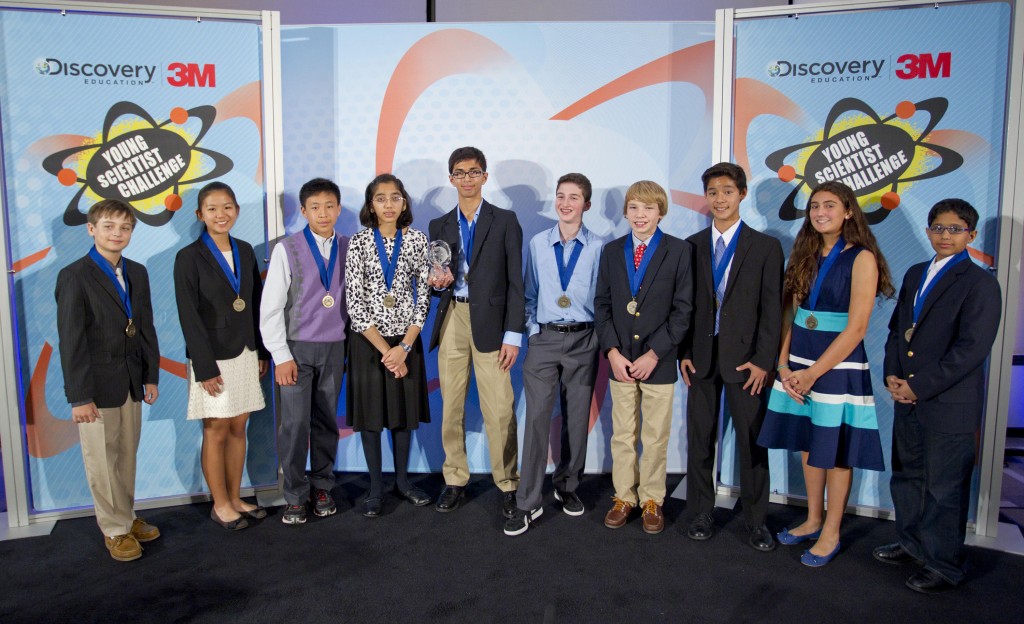 The Discovery 3M Young Scientist Challenge “targets students in the years when research indicates their interest in science begins to fade and encourages them to explore scientific concepts, apply those concepts to everyday life and creatively communicate their findings.”

My 8th grader fits this description. He loves science, but hasn’t had opportunity to do much hands-on experimentation at school, and he’s bored. Last year, he entered the Young Scientist Challenge and came up with a tornado protection blanket made using a non-Newtonian fluid. He didn’t make it to the finals, but the fire was kindled. He was blown away by the finalists’ presentations and how much his peers knew about science and technology. Now, he tells me that he thinks about the 3M Young Scientist Challenge almost every day and seems determined come up with an idea that will take him to the finals this year for a shot at the $25,000 grand prize!

Whether he makes it to the finals or not, I couldn’t be happier. He’s engaged, he’s excited, and he’s working to think creatively.

Anyone in grade 5-8 can enter! Share the science behind a possible solution to an everyday problem in a 1-2 minute video at www.YoungScientistChallenge.com.  Entries are due by April 21, 2015!

Hints for kids entering the contest: First of all, watch the finalists’ entry videos from last year! Then, think about a problem that needs solving, which is always a great exercise, whether you’re thinking locally or globally! If you’re stuck, read the news, make a list of problems and choose the ones you’re most interested in. Then, read more about the issues and brainstorm solutions. Remember, you’re not being graded and that there are no wrong answers.

Hints for parents: You’re only there to guide your kids, and remind them that some ideas (i.e. new ways to kill Ebola) may be too unsafe to investigate at home. You’ll be amazed at how smart they are!

The ten finalists in the Discovery Education 3M Young Scientist Challenge will each be paired with a 3M scientist mentor. The mentors will help guide finalists to create an innovation that will be presented to a panel of judges at the final competition at the 3M Innovation Center in October.

On Twitter? Join in Thursday evening, March 5 at 9 PM Eastern for the March #STEMchat. TheMakerMom.com is partnering once again with the premiere science competition for middle school students, the Discovery Education 3M Young Scientist Challenge. This year, the theme for our chat is applying science to everyday life. (This post is sponsored by #STEMchat.) 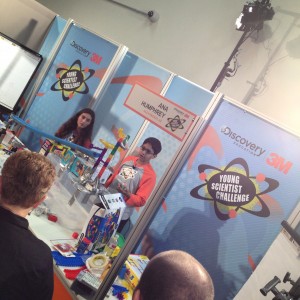 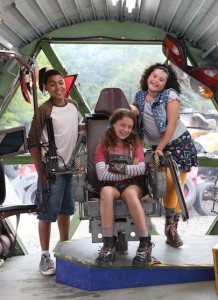